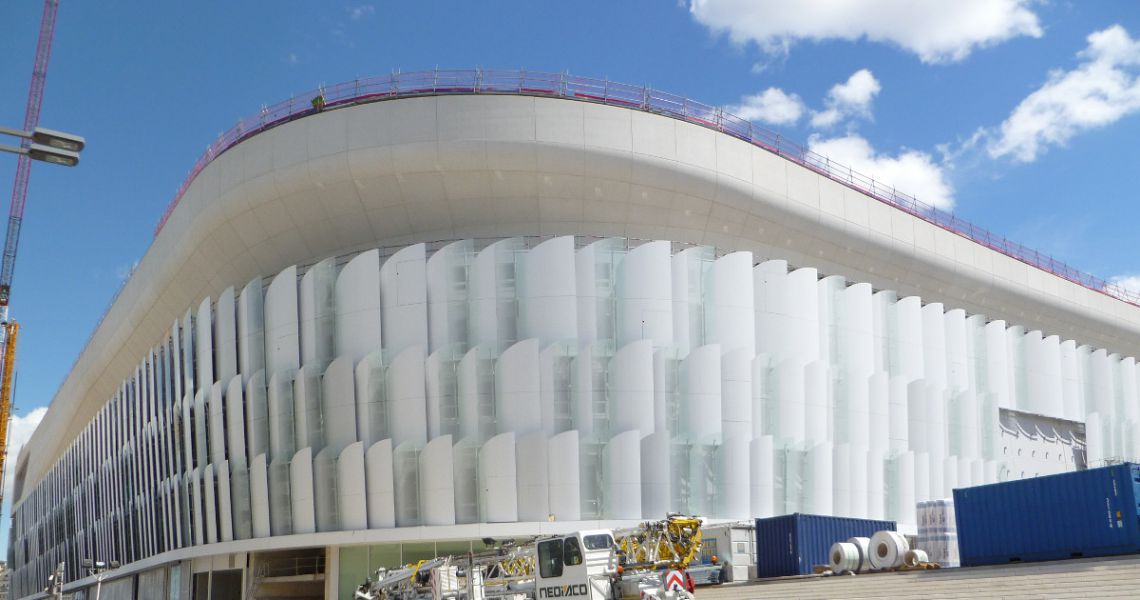 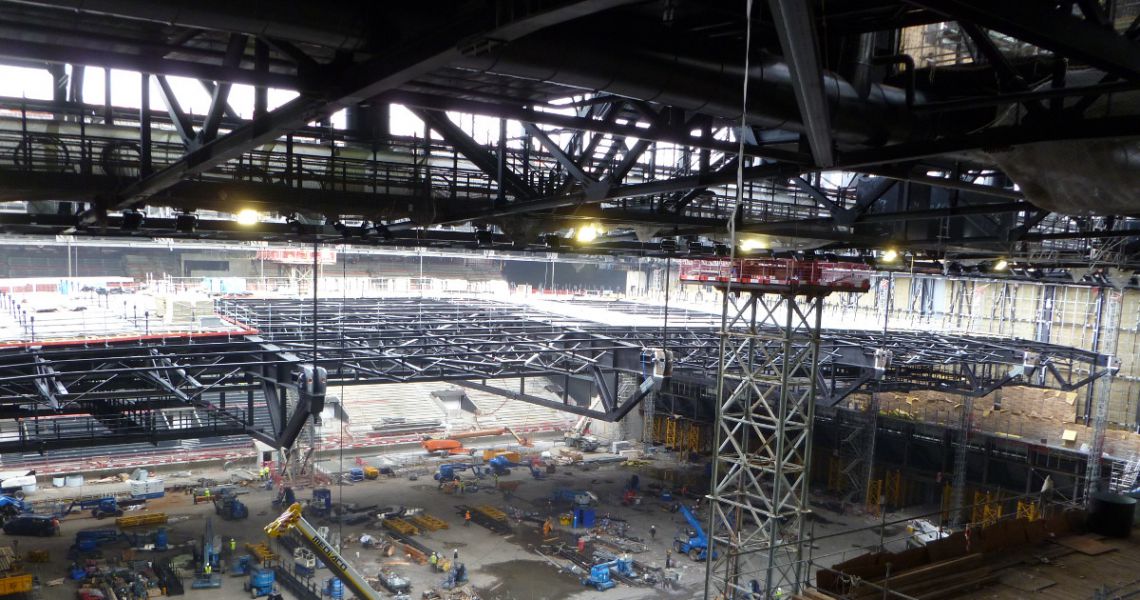 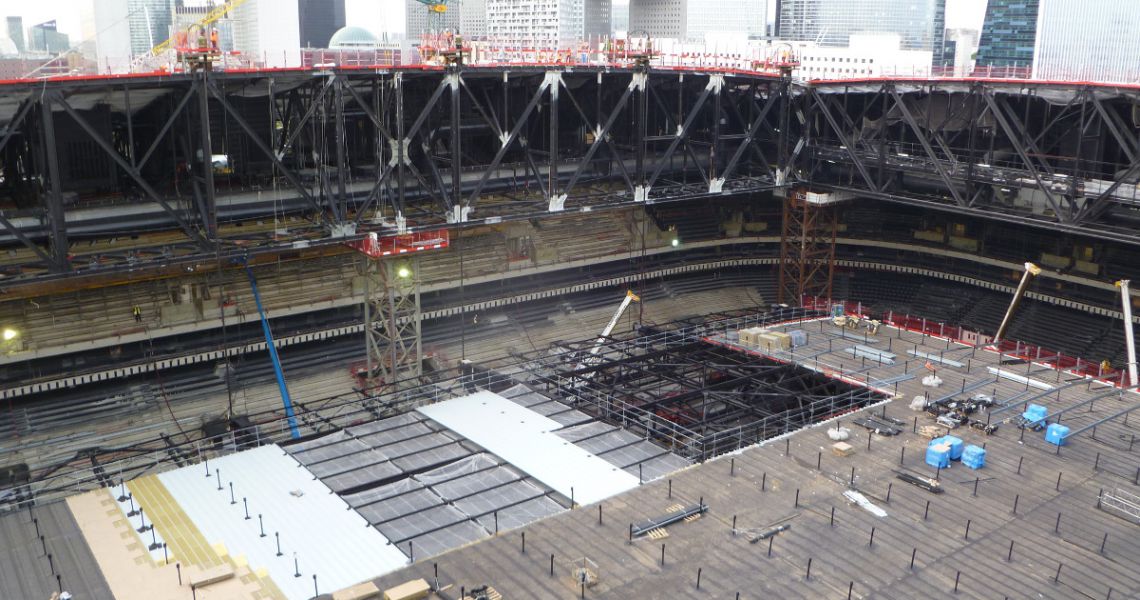 After the inauguration by the Rolling Stones in October 2017, it will host the gymnastics events of the Olympic Games of Paris in 2024.

Hebetec realized the lifting of the 1’700 tons weighing and 7'000m2 meassuring steel roof assembled on the ground and raised in its final position some 40 meters higher. Job Report