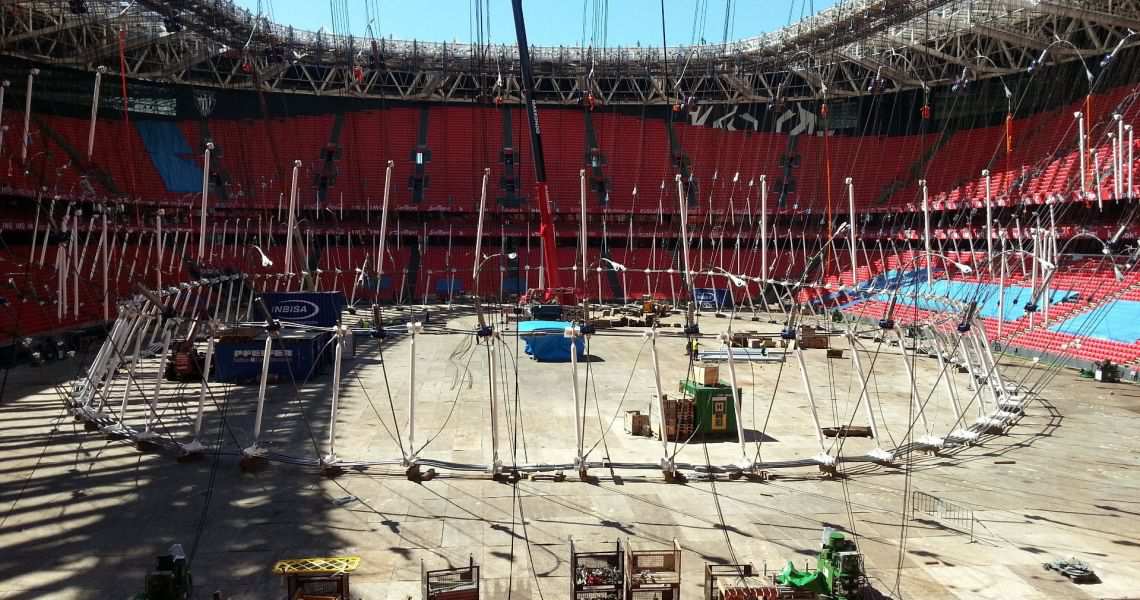 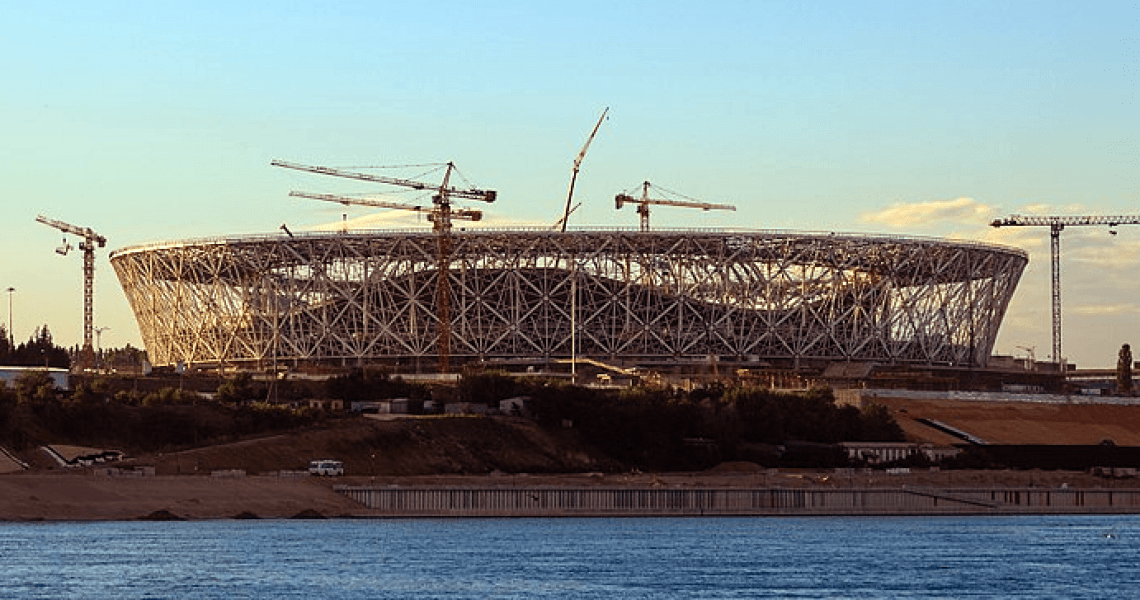 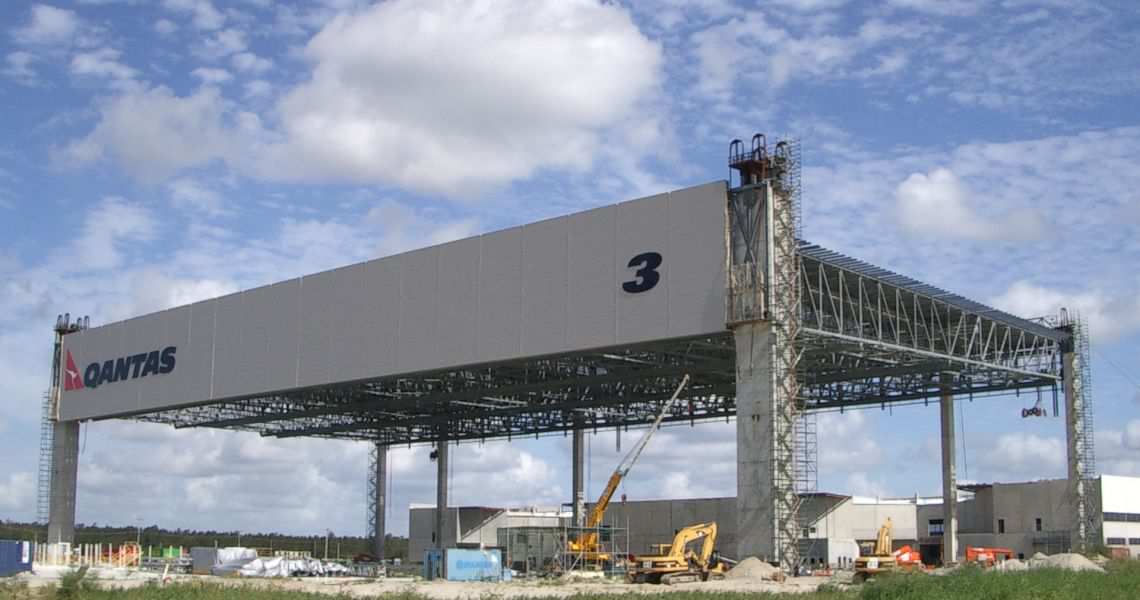 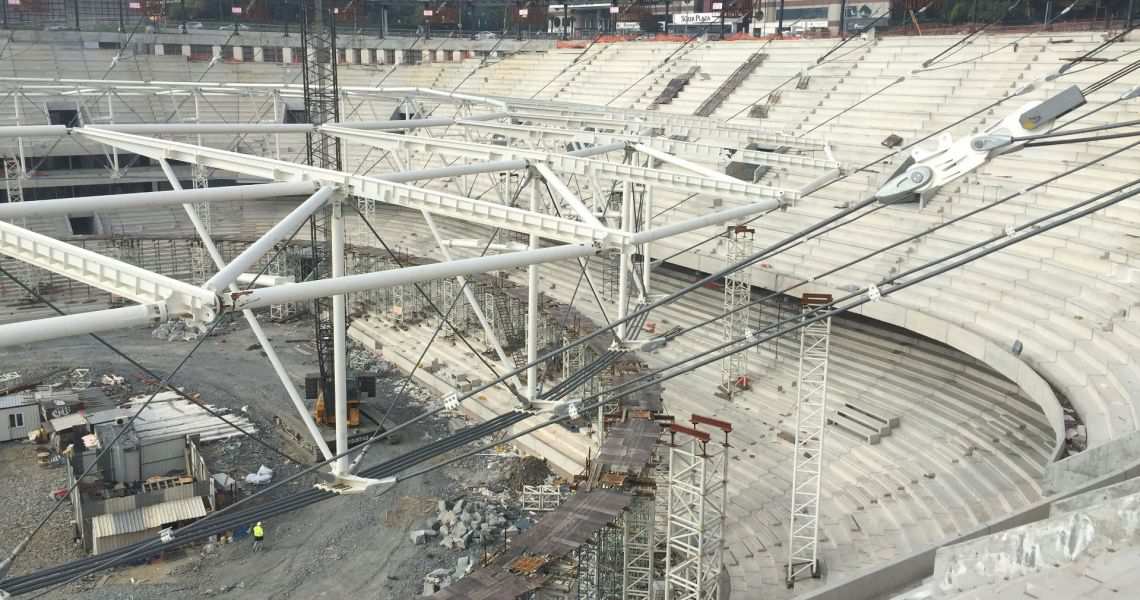 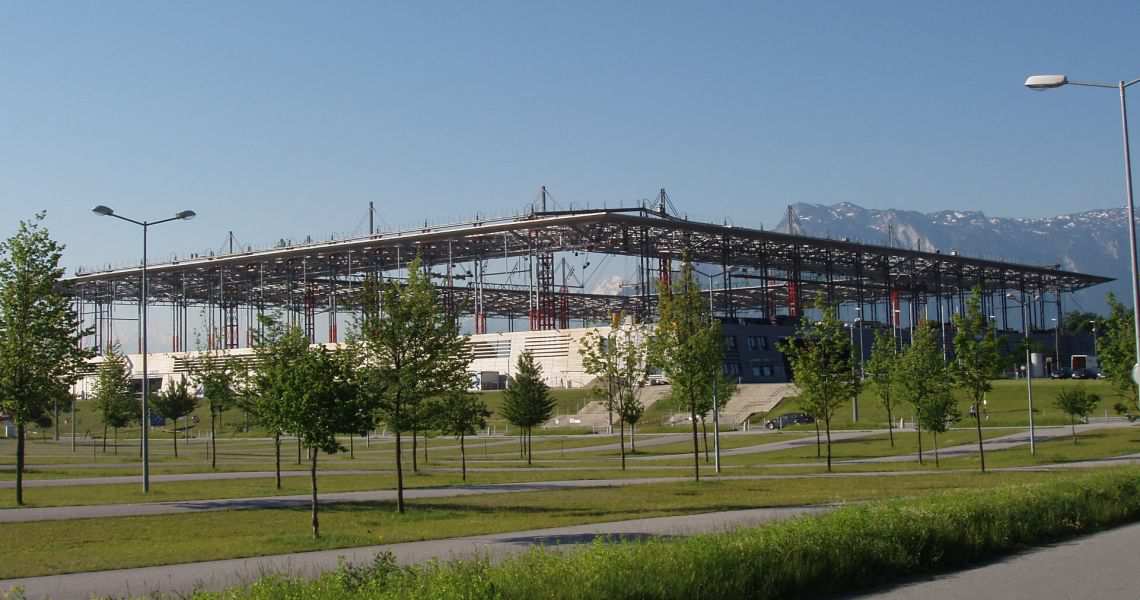 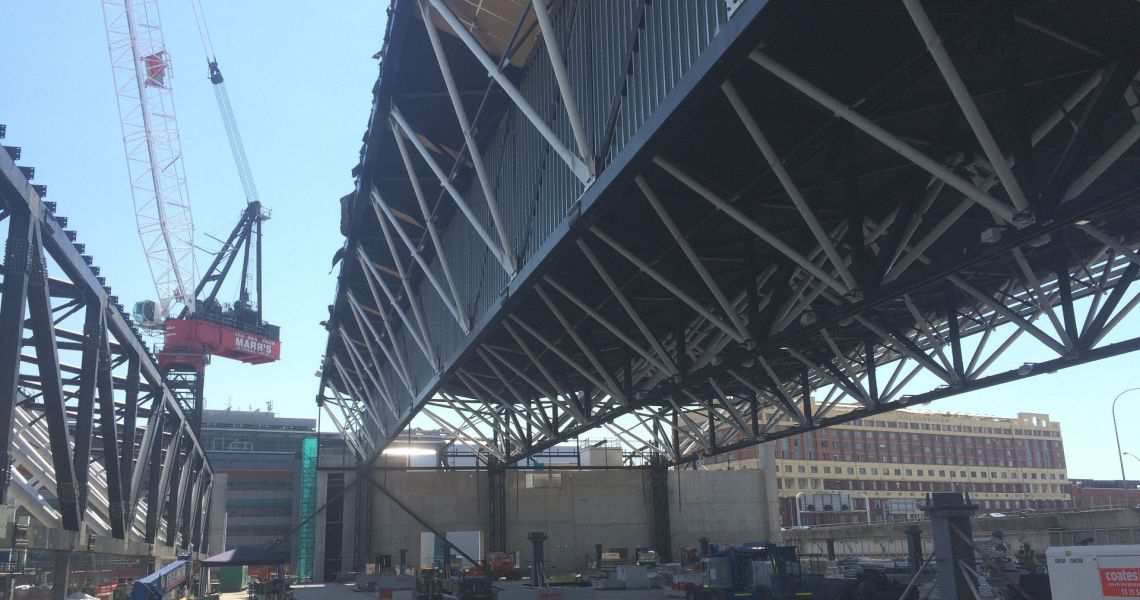 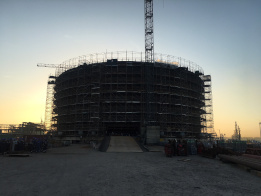 In the port area of Antwerp, Hebetec received the order to lift the tank roof for a new 53,000 ton ammonia tank. In cooperation with the client, the roof was raised to the final height of 26m within one day. more

After the inauguration by the Rolling Stones in October 2017, it will host the gymnastics events of the Olympic Games of Paris in 2024. more

Russia invested into the construction of a number of stadiums for the Soccer Worl Cup 2018.

In the course of these investments the city of Volgograd optained the new «Volgograd-Arena».

Hebetec Engineering Ltd. was assigned to lift the roof structure for the 45’000 spectator’s stadium into installation position. more

For the 50‘000 spectators San Mamés Stadium at Bilbao, Spain, Hebetec was assigned to lift the rope support structure for the inner roof construction. The ground floor assembled structural rope was lifted and tensioned with strand jacks arranged at two levels. During operations the 160 strand jacks applied for this job were monitored by a camera system. more

For the construction of the new Vodafone Arena at Beşiktaş district within the Turkish megacity Istanbul Hebetec received the order to lift the inner stadium roof.

The assembly of the steel construction at floor level was completed during a six months period. The lifting to final installation level required another 2 weeks’ time. more

At Brisbane Airport, Australia, a new hangar for the maintenance of Airbus A380 and Boeing 767 was realised. This hangar roofed with a 3,000 t steel structure being Australia’s’ largest building of its type.

After the set-up of eight concrete towers and the assembly of the roof construction, Hebetec Engineering Ltd. was assigned with the lifting of the roof structure. more

At Darling Harbour, city district of Sydney, Hebetec Engineering Ltd. was assigned with the roof lifting for the new “Sydney International Convention Centre”.

The structure prepared in two parts, each one with five respectively four steel trusses was lifted one at a time into 15m elevetad final installation position. more

For the construction of a new theatre in Jakarta Hebetec Engineering Ltd. was asked to execute lifting works.

Two Main roof trusses were lifted in position, the heaviest one weighing 160 tons.

Lifting of a roof for the stadium in Salzburg, Austria

In preparation for the Euro 2008 the stadium in Salzburg had to be extended.

The whole roof of the stadium was lifted to get more space for seats.

The roof was lifted about 10.5 meters with strandjacks which were placed at the top of the temporary MegaSteel towers. more