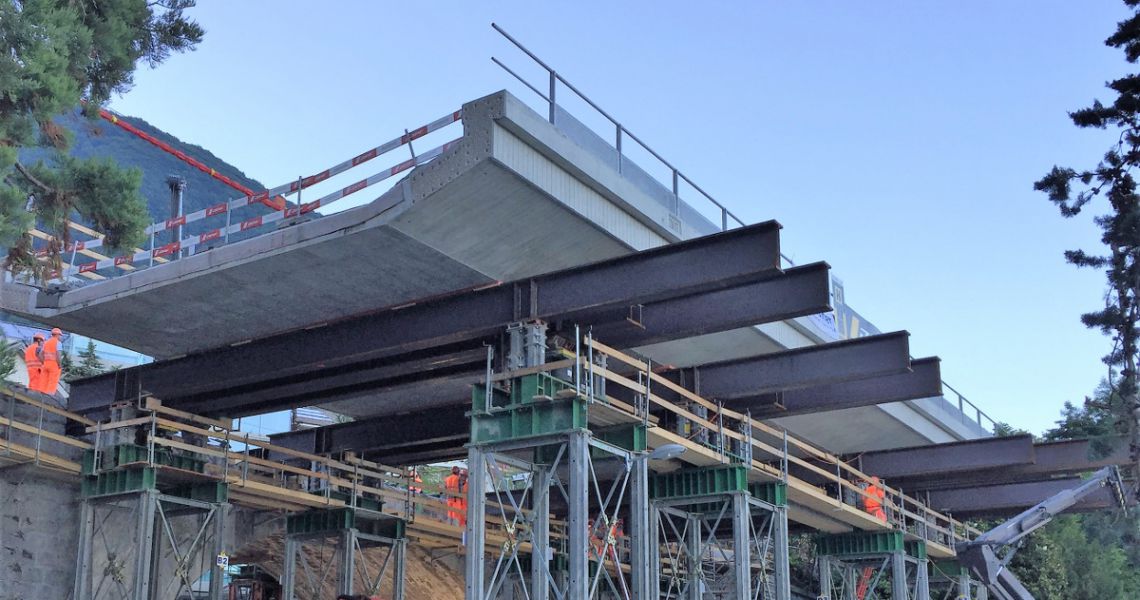 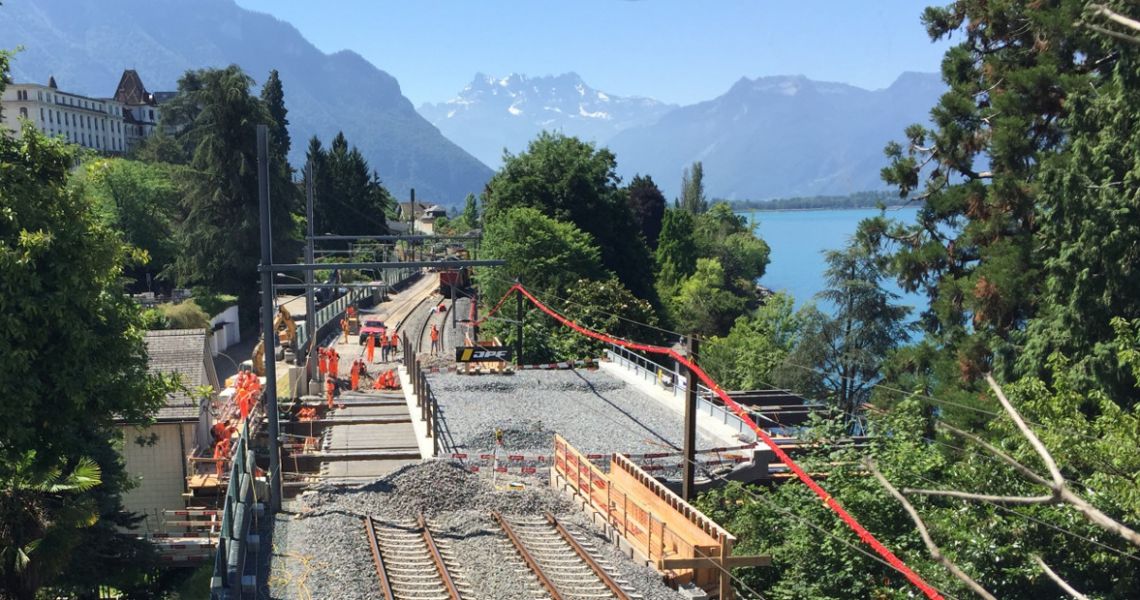 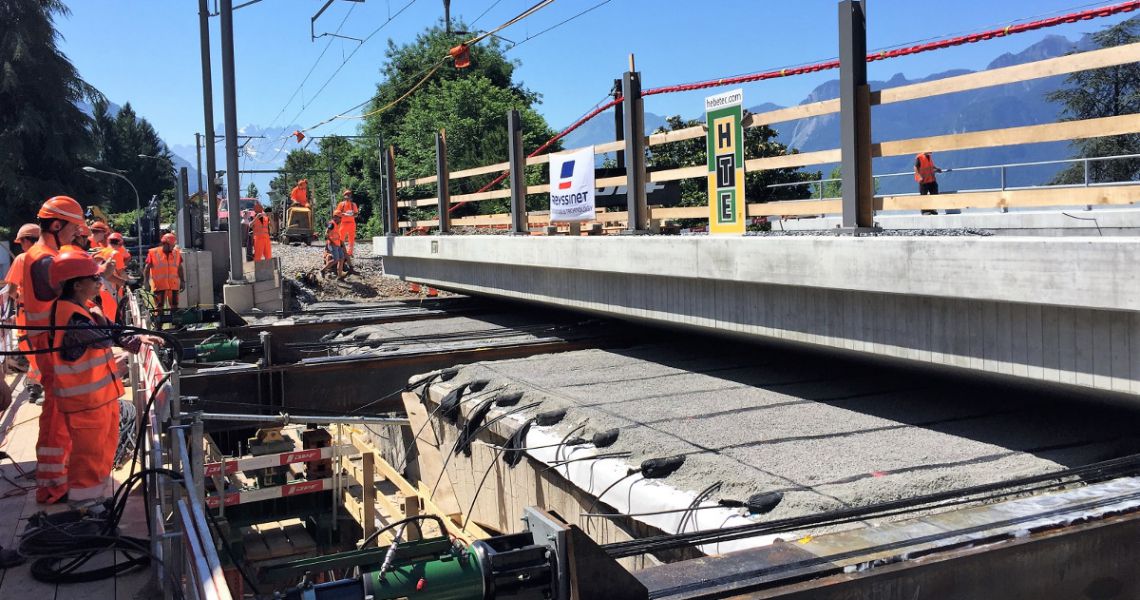 Slide in of a deck over the existing arch in Montreux, Switzerland

The slide-in of a new concrete deck at the Swiss Simplon railway line was realised during a just two days lasting rail traffic interruption.

In order not to stress the existing vault by eccentric loads, the new deck was slid on an entirely independent temporary steel structure before being lowered in final position.

Several weighings at intermediate positions allowed verification of the appropriate distribution of the load pressure during the slide-in operation.